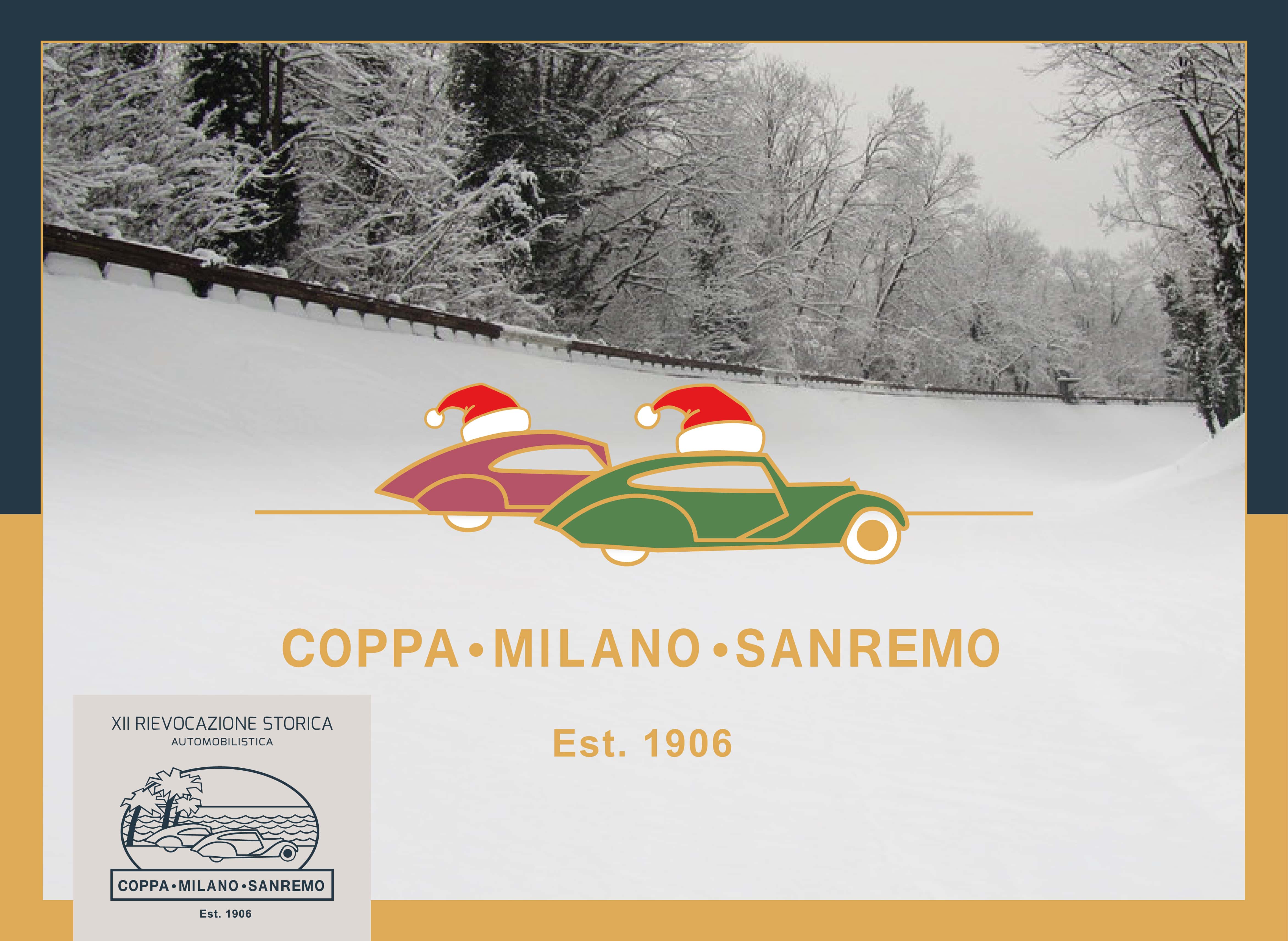 Happy Holidays, with Our Gift!

The organizing staff of Coppa Milano-Sanremo sends its most sincere and best wishes for happy holidays to all those who, like us, love elegance and tradition. The hope is that the Christmas spirit will reach everyone’s homes and garages.

We also wish that this winter break will recharge your engines in anticipation of a new season of sporting events. An example is the 2020 Great Events Championship of which the Coppa Milano-Sanremo is now part. Also this year we are in fact already working with the organization of the XII edition of the oldest Italian car race, and that is why we are pleased to receive the many applications that are coming.

It is a pleasure to remember that in anticipation of Christmas, Coppa Milano-Saremo extends the discount on the entry fee until 31 December 2019 for new entrants and until 31 January 2020 for participants in the last edition! Therefore, crews who will register for the Classic race by that date will be able to take advantage of this discount.

We wish you a Merry Christmas 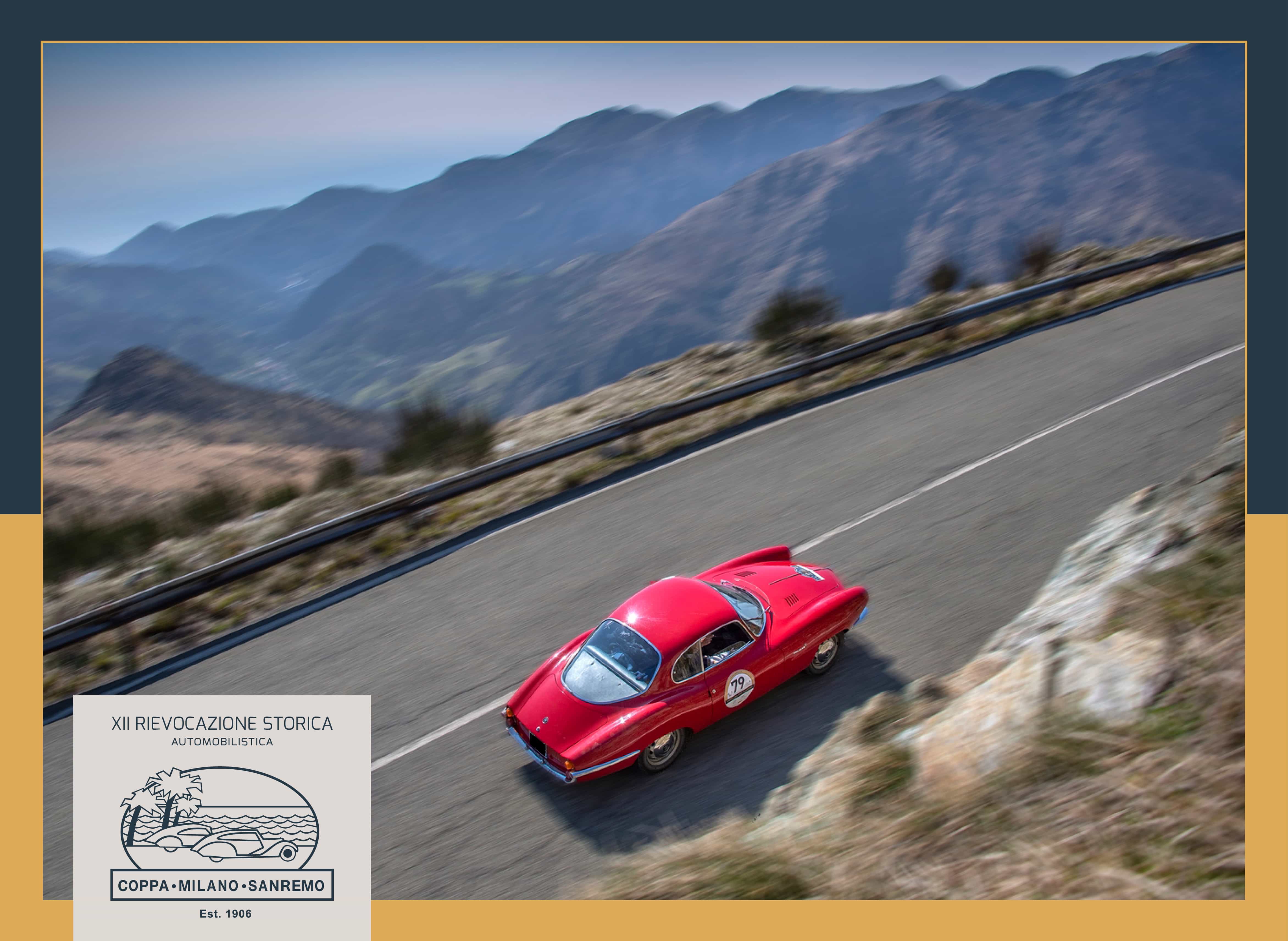 In preparation for the Christmas holidays, the staff of Coppa Milano Sanremo has decided to extend by one week the special discount for crews wishing to participate in the oldest race in Italy. Therefore, the new deadline to take advantage of the discount on the registration fee for new crews is December 31, 2019, while for those who have already participated in the last edition is January 31, 2020: hurry up!

Many new features are planned for the XII Historic Revival, starting from the dates: from April 2nd to 4th 2020, in respect of the first manifestations. A return to the origins in a modern key, this year with the introduction of the passage in the charming territory of the Langhe with the extraordinary epilogue that will see the crews move from Sanremo to Monte Carlo to celebrate the historic twinning that links two places symbol of motorsport, such as the Autodrome of Monza and the Principality of Monaco.
Numerous applications have already been received since the opening date of registration, also thanks to the recent entry of the Coppa Milano Sanremo in the Italian Championship of Major Events branded ACI Sport and the presence of the “Touristic Class” able to expand the public of interested and to involve also the many fans who want to compete on the more than 700 kilometers of race between the beautiful landscapes that, as usual, will be crossed by the race. 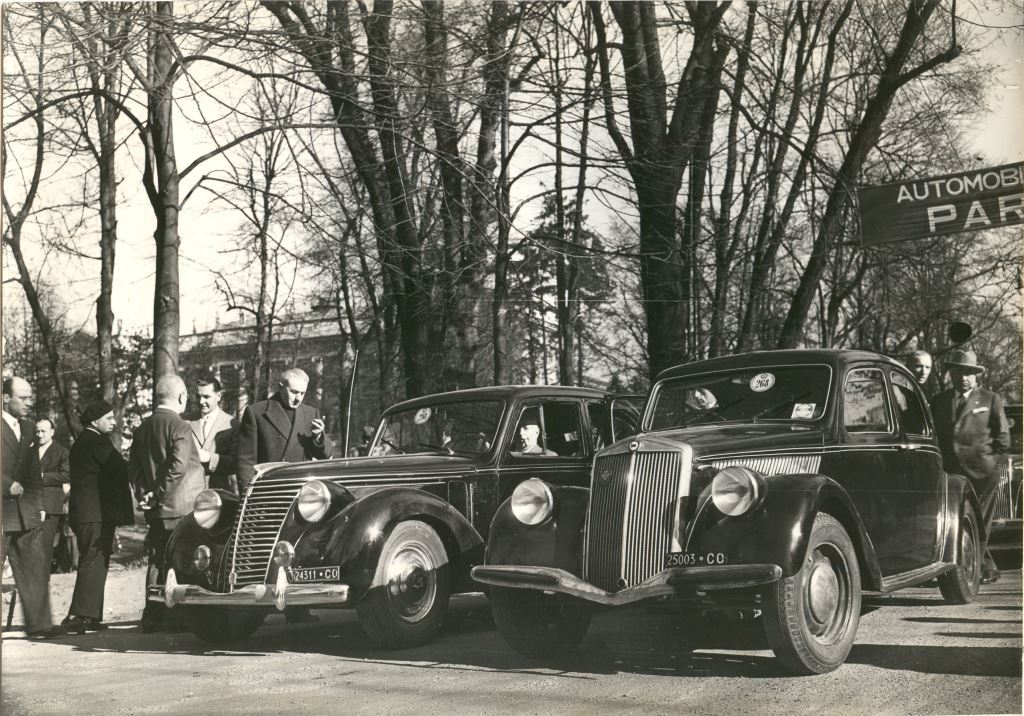 There are now just under three months to go to the launch of the XI Historical Revival of the Milan-San Remo Cup, due to take place on 28, 29 and 30 March 2019. In addition to the news already announced about the route – above all the exceptional epilogue that will take all the team from San Remo to Monte Carlo to celebrate the historical twinning between the two symbolic auto racing venues, the Monza Race Track and the Principality of Monaco – one of the most exciting is bound to be the starting line itself, which revives the tradition from the fifties and sixties, as it is planned to be located in Via Marina, in front of the Milan Automobile Club. This return to our roots also pays a worthy tribute to the capital city of Lombardy, where Italy’s most venerable car race was born, while also bearing witness to the increasingly active role played by the Milan Automobile Club and its top management. Large numbers have already registered in recent months, in part because of the introduction of the new Tourist class that has the potential to expand the pool of possible users and also involve the many fans who want to try their hand over the 600 km of the race route, keeping one eye on the chronometer and the other on more calmly enjoying the splendid landscapes through which it is scheduled to pass, as always. Another new feature this year is the Tribute reserved for a maximum of 60 cars of historical interest that will go through their paces in an exclusive celebratory parade on the opening day at the Monza Race Track, just before the traditional parade in Milan’s Via Monte Napoleone that precedes the actual start on Friday 29 March from 9.00 a.m. onwards. Registrations are due to close on Friday 1 March at midnight. 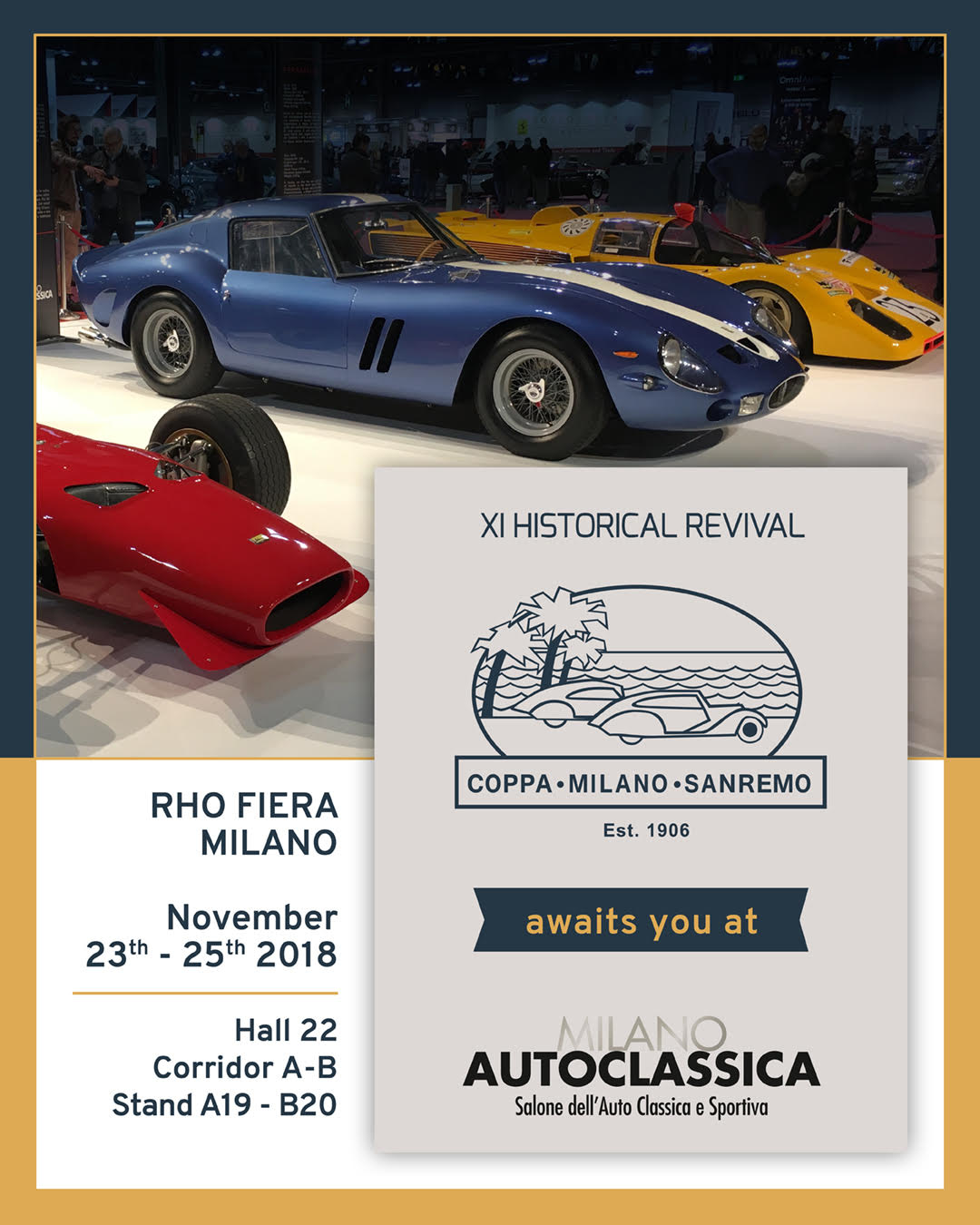 Good news for the many fans of the Milan Sanremo Cup. This year they will have the opportunity to get “up close and personal” with Italy’s oldest motorsport race by visiting the Coppa Milano Sanremo stand at the Milano Autoclassica trade fair, which will be held from 23 to 25 November at the Fiera Milano in Rho.
More precisely, you can find us at Pavilion 22, Area C where, like last year, we will share space with the Club Milanese Automotoveicoli d’Epoca (Antique Motor Vehicle Club of Milan) and provide information regarding the XI Historical Re-enactment of the Coppa Milano Sanremo scheduled for March 28-30, 2019.
We will also be present at the ACI Sport stand in Pavilion 18 on Saturday 24th to officially present the next edition of the Coppa Milano Sanremo to the public.
A very rare OSCA MT 4 sport 1100, which took part in last year’s Coppa Milano Sanremo and participated in three editions of the famous Mille Miglia in the mid-fifties will also be on display at our stand. 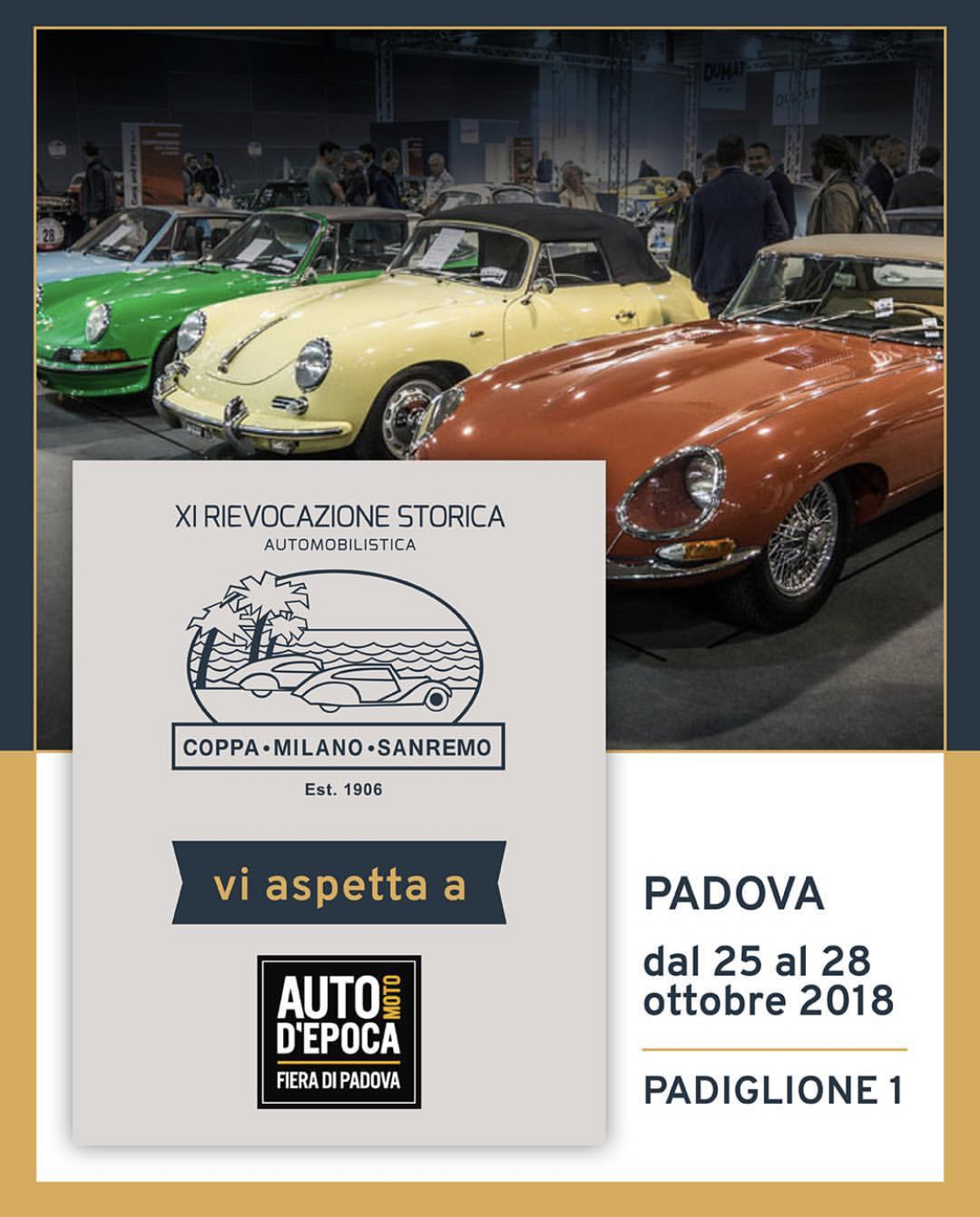 The legendary Coppa Milano-Sanremo, the oldest race in Italy, will take part at the “Auto e Moto d’Epoca” exhibition in Padua from October 25 th to 28 th , pavillion 1. The show represents the biggest international event dedicated to motoring enthusiasts and fans, where visitors can delve into the past while touching the present and the future of the car world. A place to admire legendary cars and special models, tell the story of the most thrilling sporting events and discover the great designers through thematic exhibitions. The Coppa Milano- Sanremo team will be at visitors’ disposal to present the news of the race. 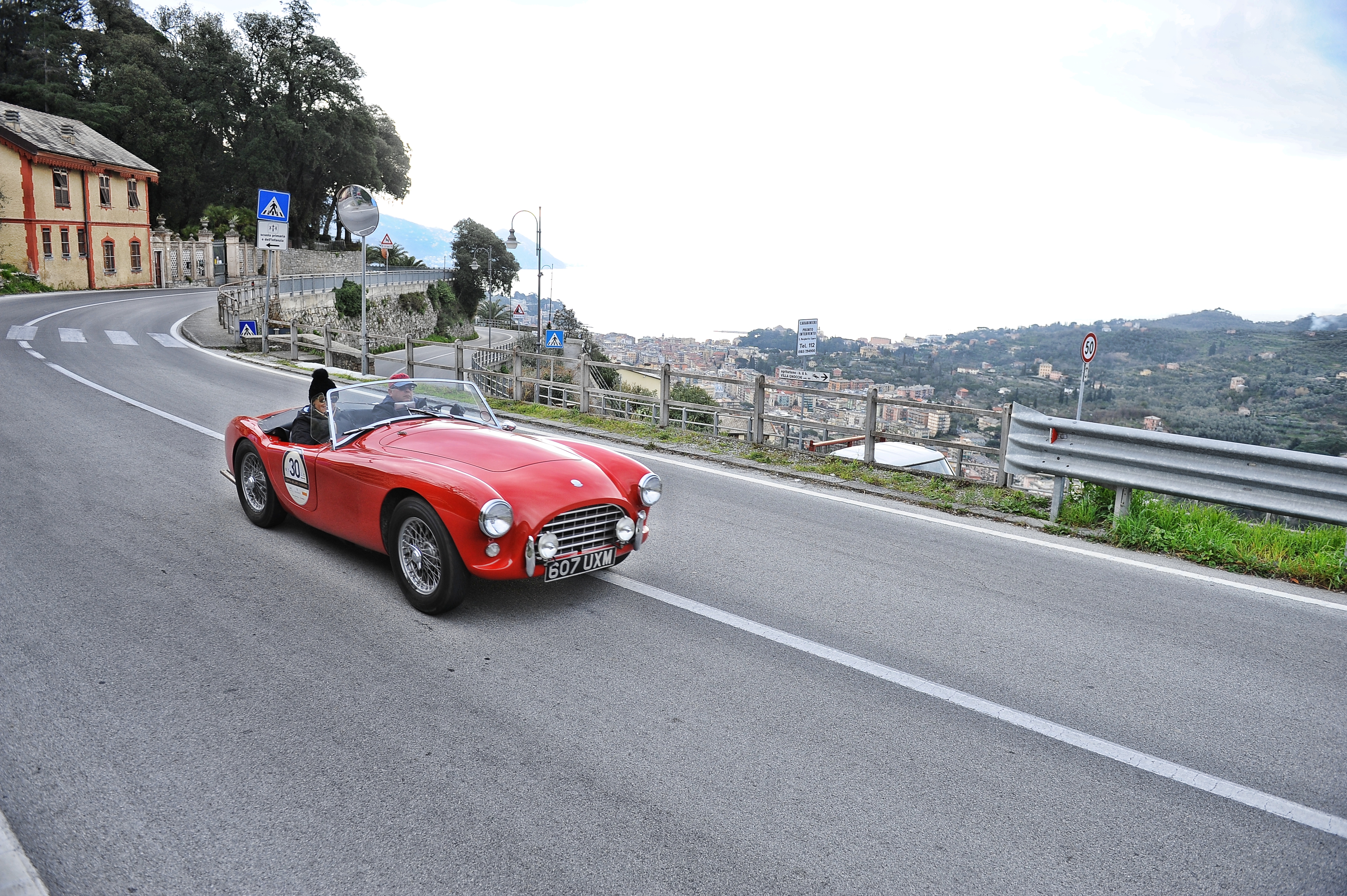 On October 18 th the XI Coppa Milano Sanremo Historical Revival—which will be held from 28 to 30 March, 2019—will kick off with a press conference held at the exclusive Radio Rooftop Bar of the prestigious Hotel Melià in Milan.

The new route of the 2019 open road rally will also be officially presented along with the main logistical innovations and the eligibility criteria for cars and crews for this edition.

Registration for participation in the rally will also be officially opened, as will the announcement of ACI Sport’s patronage of the event by ACI Milan’s president, Geronimo La Russa who will summarize the pivotal points of the association and reiterate its goal of restoring the Coppa Milano Sanremo to its splendor of the early fifties.

In addition to the press there will be numerous collectors and partners of the event who will witness, once again, the never-ending vitality of the oldest race in Italy. 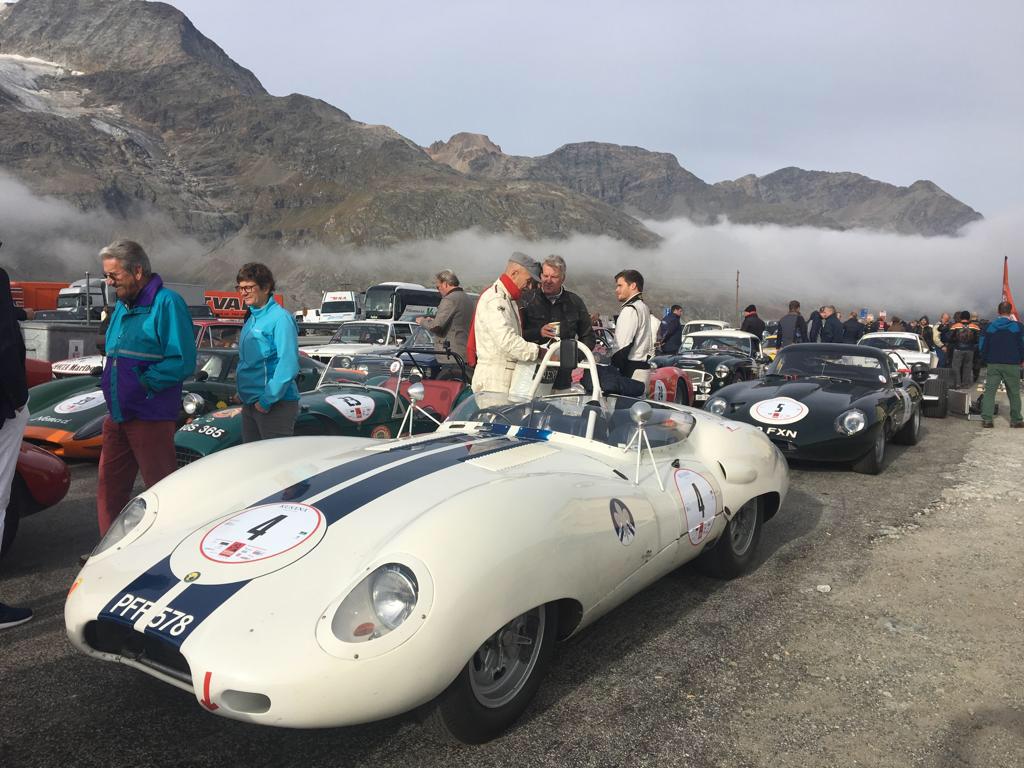 A motorsport first: The Coppa Milano Sanremo teams up with the Bernina Gran Turismo to make racing history

Equipe International, organizer of the Coppa Milano Sanremo, has signed an unprecedented partnership with one of the oldest motorsport contests: the Bernina Gran Turismo. From September 21 st through 23 rd this famous Swiss vintage-car rally celebrated its fourth re-enactment of the historical races that were held in the St. Moritz area in 1929 and 1930 on the 5.7 kilometer stretch of the twisting, turning, mountain road that connects Poschiavo to St. Moritz. The winner of this year’s edition, which had over 60 crews lined up on the starting line, will participate as a “special guest” at the next historical revival of the Coppa Milano Sanremo, which is scheduled to run from 28 to 30 March, 2019. Special conditions will also be reserved for all those who wish to participate in both rallies in 2019 as part of the plan to create even stronger ties between these two races, which share not only a glorious tradition, but also many common values such as: the sporting spirit of “gentlemen drivers”, glamor, exclusive locals and participation by a select, limited number of crews. More information and further details regarding the special conditions reserved for participants in both rallies will be announced during a press-conference to present the 11 th Historical Revival of the Coppa Milano Sanremo scheduled for October 18 th at the Hotel Melià in Milan. 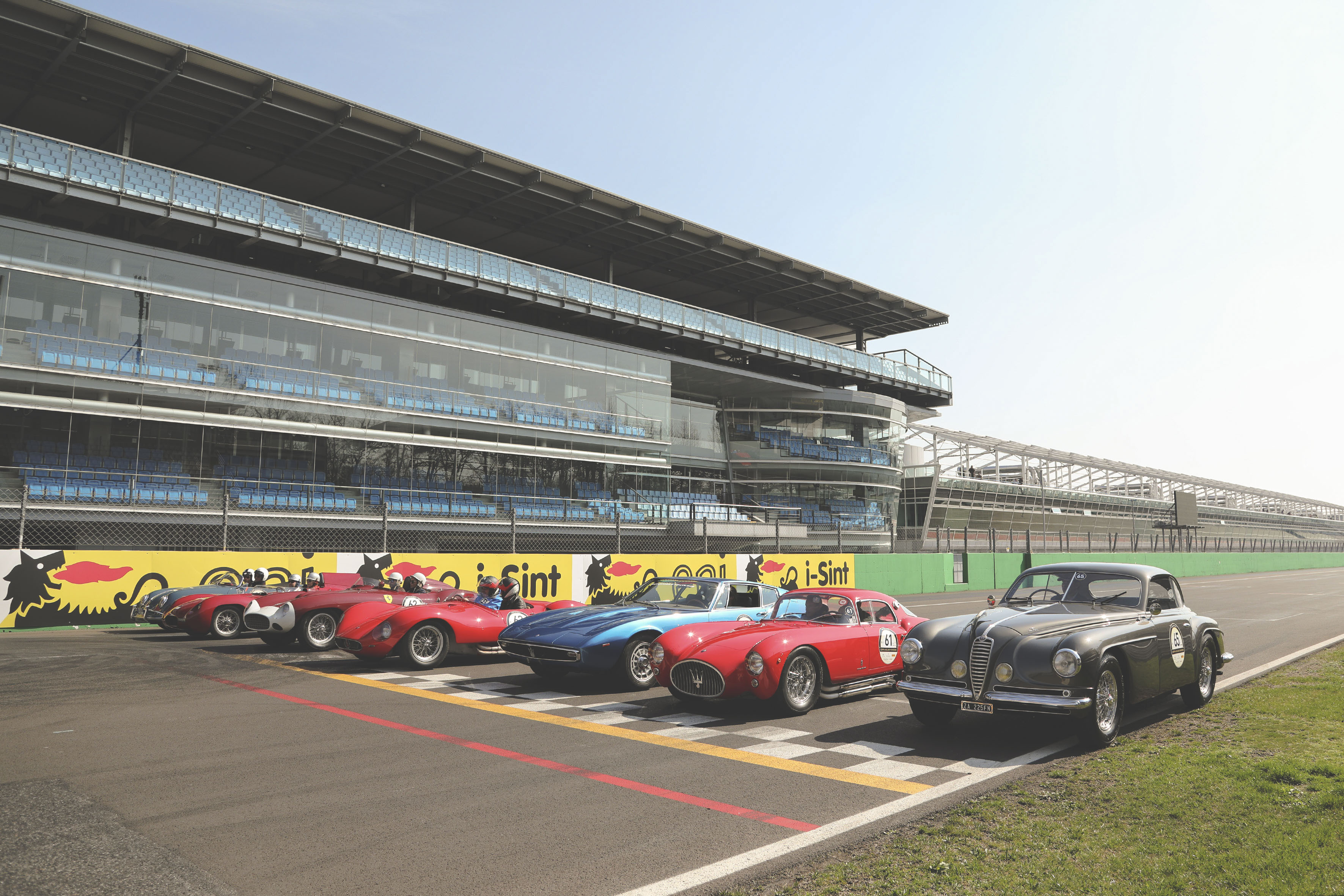 Entry registration for the XI Historical Revival of the Coppa Milano Sanremo 2019 is now officially open. This edition marks a return in grand style for Italy’s oldest open-road rally, which reappeared on international race calendars last March. The 2019 edition will also be held in March, though a week later than the last, and will also be revised both technically and logistically with an aim to further revitalize the glorious splendor of the rally’s legendary past.

The last day for entry registration is scheduled for the 28th of February. During the rally the crews will experience firsthand not only the thrill of racing over the most famous route in the world, but also the exclusive glamor of Milan. In addition, new, and more numerous, road trials await the crews as they race for the glory of crossing the finish line in Sanremo on the 30th of March.

One of the major “news” items for 2019: from Sanremo the racecars will proceed in caravan to the prestigious streets of the Principality of Monaco—another crown jewel of international motorsports—for the Coppa Milano Sanremo 2019 awards ceremony, which will be held during an exclusive gala dinner at the Fairmont Hotel in Monte Carlo.

A lot of exciting news—and many surprises—will be disclosed during a press conference to present the race on October 18, 2018 in Milan.

Salvinelli and Ceccardi have won the 10ª Tenth historical revival of the Milan-San Remo Cup with 314.14 penalty points, driving a First Series 1939 Lancia Aprilia. Although Italy’s oldest road competition had been off the road for seven years, it fielded 70 teams who registered to cover the distance from Milan to San Remo, despite the challenging weather, which included snow on the Faiallo Pass that obliged the organisers to cancel some of the trials prove scheduled for the second, decisive day that ended this evening with the award ceremony in San Remo. Coming in second place, with only 14.18 points of difference was the Salviato-Moglia duo in a 1971 Fiat 128 Rally 1300, while the third step on the podium went to Dell’Acqua and Vicari in a 1970 Fiat 850 Sport Coupé, who marked up 37.7 points behind the winners.

The outright winners Salvinelli and Ceccardi won two prestigious tabletop clocks offered by IWC, while many prizes were also offered by the sponsors: Ermenegildo Zegna conferred the “Elegance Award” on the Basilico-Cappella team in its 1951 Alfa Romeo 6C 2500 SS Villa d’Este, Bosch presented the “Safe Car” Award for safe driving to the Sardi-Bambini team in its 1958 Alfa Romeo Giulietta 1300 Ti and Alcar presented the prize to the winners of the Reliability Trials, the Büchl-Büchl team in its 1957 Porsche 356 A 1600 Speedster. The Ladies’ Cup was won by the Russian team of Lepetukhina and Titova in a 1957 Fiat Abarth 750, while the Dynastic Orders’ Trophy for Fair Play was presented by HRH Prince Emanuele Filiberto of Savoy to the Yukinobu-Akira team in a 1927 Lancia Lambda. JetFly singled out the 1955 Comelli Ferrari 857 S Monza as the most representative car in the race. The Targa Maserati Best of Show Plaque was already presented to the Prevosti 1954 Maserati 250 S Prototype and the Pirelli Track Performance Award to the Moroni-Moroni duo in its 1964 Alfa Romeo Giulia TZ during the inaugural dinner at the Hotel Melia in Milan. The Army Award went to the Zanutel-Collareta team in its 1974 JBA Motors Falcon (Army), while the Maserati Tribute Award was presented to the Garosci-Briani duo in its Maserati Levante. Lastly, the Best Team Award was won by the C.M.A.E. Team.

The final rankings are available online at this link.

Go to this link for high-resolution photographs updated in real time.