COPPA MILANO-SANREMO: COUNTDOWN TO THE START OF THE XIII HISTORICAL RE-ENACTMENT 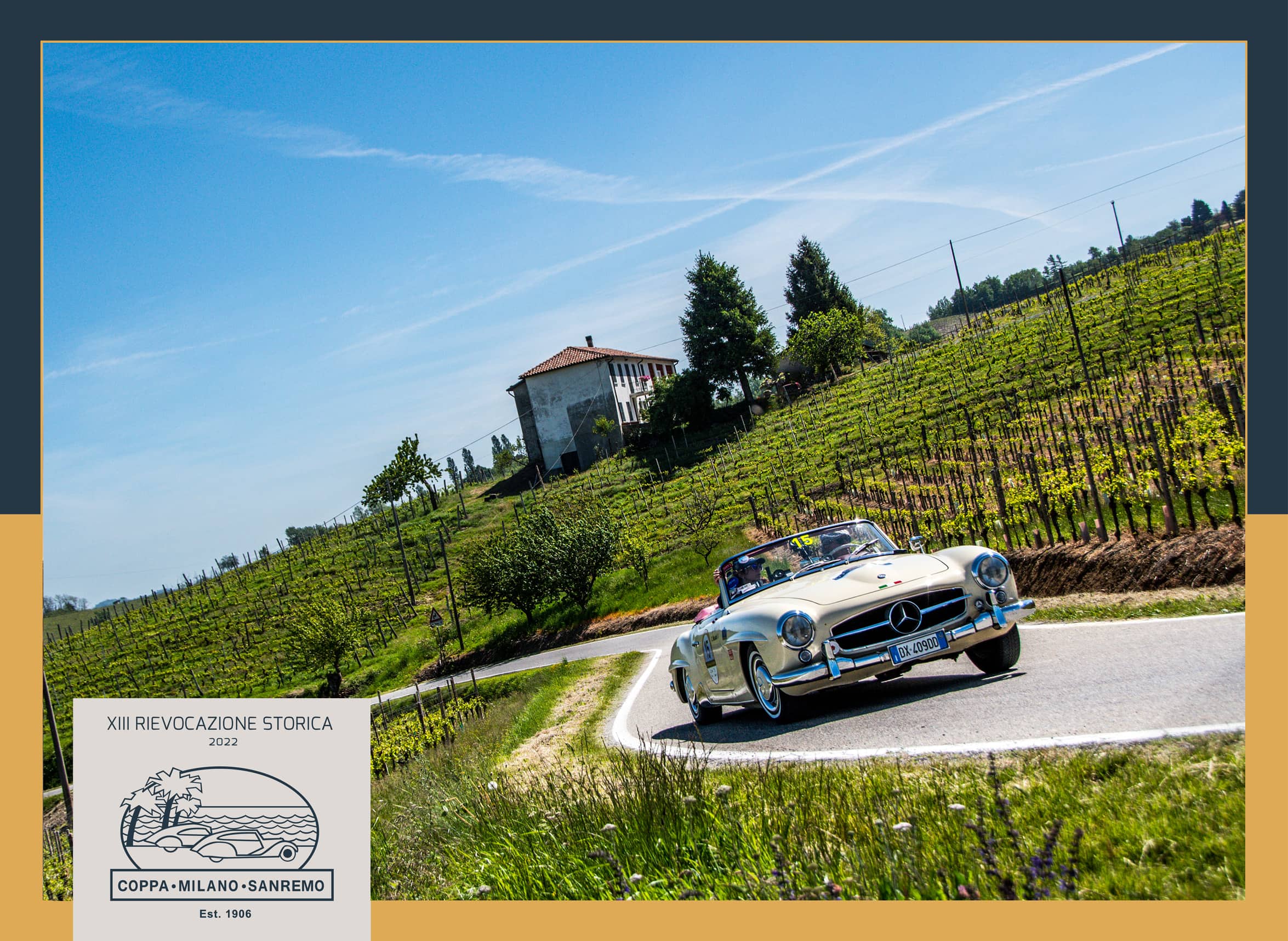 COPPA MILANO-SANREMO: COUNTDOWN TO THE START OF THE XIII HISTORICAL RE-ENACTMENT

The wait is over for the XIII Historical Re-enactment of the Coppa Milano – Sanremo, the most charming and emblazoned race in Italy, which will start tomorrow and will be run from 31st March to 2nd April 2022 with the same spirit as always and the same passion of the gentlemen drivers who conceived it in 1906. The “Lady” of the races is preparing for an edition full of unmissable logistical and sporting novelties: if on the one hand the route for more than 700 kilometres will offer the “cars of yesterday” the discovery of landscapes of timeless charm through the territories of Lombardia, Piemonte and Liguria until reaching the picturesque Cote d’Azur, on the other hand the more than 100 special stages (including 6 medium) will not fail to make the race even more exciting and captivating.

About seventy cars of great prestige and historical value will take part in the event, with Italian and international crews, enthusiastic about returning to the track to take part in the competition that this year is once again the protagonist of the 2022 Italian Great Events Championship of ACI Sport, reserved for classic regularity races. Among the masterpieces in the race you can admire an Alfa Romeo 6C 1750 SS Zagato of 1929, together with a Jaguar XK-120 of 1952 and an Alfa Romeo GTA Junior of 1973, examples full of charm and attractiveness. Great expectations for the quartet of Mercedes 300 SL Gullwings, the iconic “Gull Wings” of the Stuttgart-based company, a legendary car of inestimable historical value.

The Coppa Milano-Sanremo will officially start for the first time tomorrow, Thursday 31 March, at the Autodromo Nazionale di Monza, a cult location for motorsport. Here the event, on the occasion of the 100th anniversary of the Autodromo, will pay homage to the legendary Temple of Speed with an unprecedented experience reserved for participants. In fact, in addition to the traditional technical and sporting checks and the always exciting free laps on the track, classic enthusiasts will have the opportunity to test themselves in 12 new special stages on the iconic track that will also include the ancient and legendary elevated roads and some parts used exclusively in the recent ACI Rally Monza, the final round of the FIA World Rally Championship.

In the afternoon, the inaugural parade of cars will set off for Milan, where they will be presented from 4.30 p.m. onwards in front of AC Milano’s historic headquarters in Corso Venezia, in the heart of the city.

The day will end with the official opening, which will take place in the fascinating spaces of the urban garden of Milano Verticale | UNA Esperienze, located in the Porta Nuova – Garibaldi – Corso Como district.

On Friday 1 April, the crews will set off from Piazza XXV Aprile to take part in an exclusive series of exciting time trials, which for the first time will be held in a brand new urban setting. It will be THE DAP – Dei Missaglia Art Park, which will host this special experience that is part of the INOLTRE project by Urban Up | Unipol dedicated to the regeneration of the Milanese suburbs, of which THE DAP is the most recent and important element, perfectly matching the important programme of enhancement of the territory that the Coppa Milano-Sanremo carries out year after year.

The backdrop to the first leg of the race is the splendid natural scenery which winds its way inland between Piemonte and Liguria and which will accompany the crews, after a pleasant intermediate break in Acqui Terme at the Cuvage Cellars, to the intermediate stage in Rapallo, before concluding with the unmissable parade reserved for the participating cars, in the fascinating setting of the Marina di Portofino.

On Saturday 2 April, the crews will take part in the last hard-fought challenges: after the traditional start from Rapallo, they will enter the heart of Genova, the treacherous curves of Passo del Turchino, Passo del Faiallo, Colle d’Oggia and Melogno, before stopping for a light lunch at the prestigious Yacht Club in Marina di Loano. The race will see the end of the sporting part in Sanremo, the famous City of Flowers, ready to crown as every year the winners of the Historical Re-enactment that bears its name.

With a view to guaranteeing the competition a unique cosmopolitan experience, the Coppa Milano-Sanremo will return to the Principality of Monaco, the cradle of international glamour, in the setting of the prestigious Fairmont Hotel for the unforgettable gala dinner and the final prize-giving ceremony. A conclusion to seal the virtual twinning between the Autodromo di Monza and the Principality of Monaco, as a tribute to two iconic places, cult of world motorsport.

Tradition, competition, elegance and savoir faire: the elements that, in a perfect blend, have made the Coppa Milano-Sanremo an unmissable and timelessly fascinating event for gentlemen drivers and personalities from the international jet set since 1906.