COPPA MILANO-SANREMO: EVERYTHING READY FOR THE START OF THE XIII HISTORICAL RE-ENACTMENT 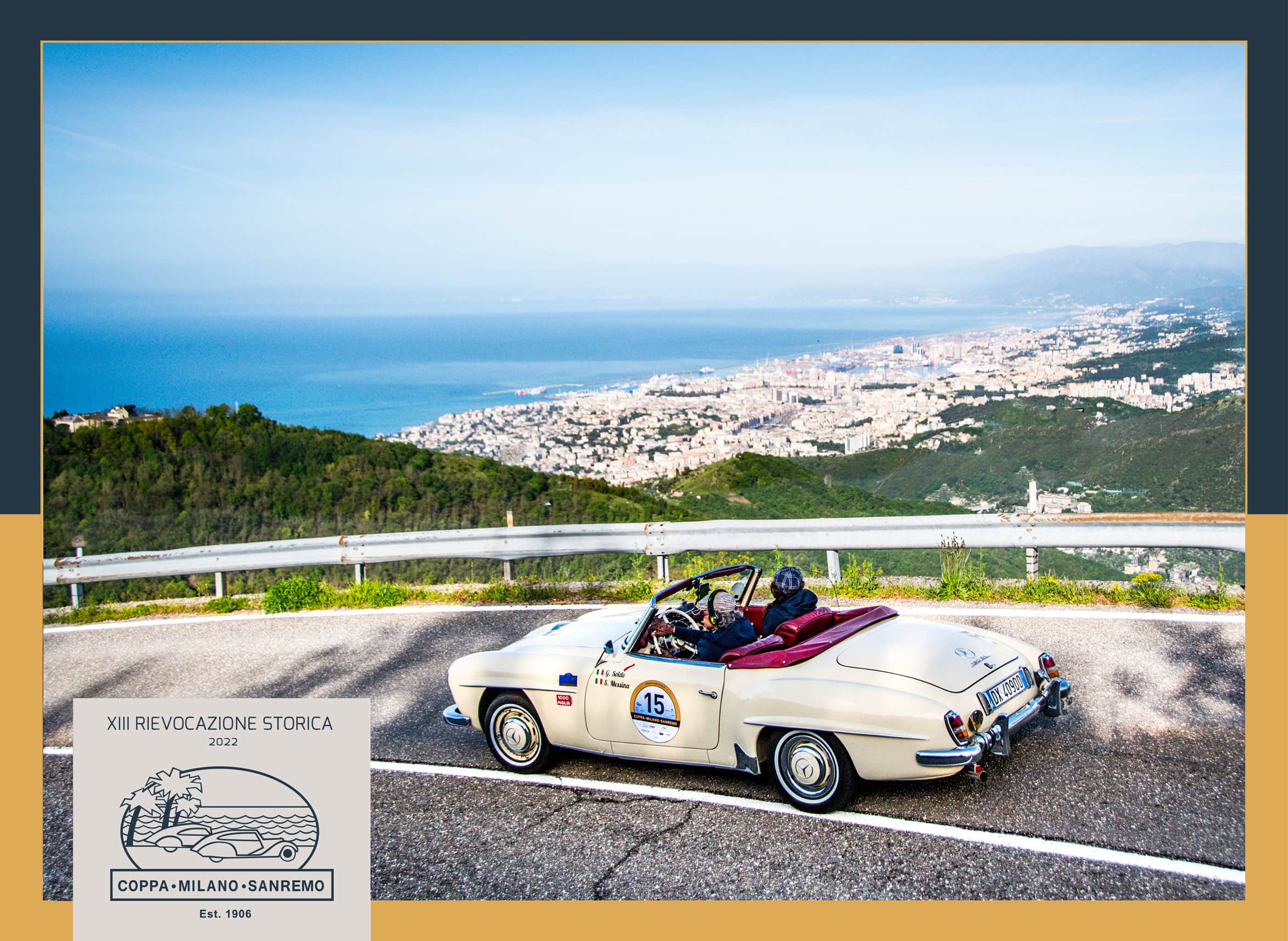 COPPA MILANO-SANREMO: EVERYTHING READY FOR THE START OF THE XIII HISTORICAL RE-ENACTMENT

Just a few days separate us from the start of the XIII Rievocazione Storica of the Coppa Milano – Sanremo, the most fascinating and historic race in Italy, scheduled from 31 March to 2 April 2022. The “Lady” of the races is preparing for an edition full of unmissable novelties, both logistical and sporting, in a perfect blend of competition and spectacle, tradition and savoirfaire, elements that have made the Coppa Milano-Sanremo since 1906 an unmissable event with a unique and exclusive charm for gentlemen drivers and personalities from the international jet set.

The event, reconfirmed as a protagonist within the 2022 Italian Great Events Championship of ACI Sport, reserved for the most important classic regularity races, points the lights on Liguria, a region that will enthusiastically welcome the crews and will host an important part of the competition.

Program of the XIII Historical Re-enactment:

With renewed spirit and passion, the “cars of yesterday” are warming up their engines to embark on a route of over 700 kilometres, between Lombardy, Piedmont and Liguria, touching on towns and landscapes of timeless charm.

On Thursday 31 March, the Coppa Milano-Sanremo will start for the first time from the Autodromo di Monza with the 12 new special stages on the iconic route which will also include the ancient and legendary elevated roads, and will continue with the official presentation in the heart of Milan. After an emotionally charged day, at the first light of Friday 1 April, the crews, after tackling a series of exciting time trials in the unprecedented urban context of THE DAP – Dei Missaglia Art Park, will cross the splendid natural scenery of the Piedmont hinterland to enjoy a pleasant break in Acqui Terme at the Cantine Cuvage and then head for the Ligurian territory.

Here, as per tradition, the intermediate stage in Rapallo will await them, followed by the eagerly awaited return to Portofino, the pearl of the Tigullio, for the unmissable défilé and contest of elegance in the fascinating setting of the Marina. The event will be reserved for participating cars and divided into 4 categories: Veteran for cars built up to 1946, Vintage from 1946 to 1976, Instant Classic and Sportscar. The second day of the race will end with a stay at the exclusive Hotel Excelsior in Rapallo.

On Saturday 2 April, the crews will take part in the last hard-fought challenges: after the traditional start from Rapallo, they will enter the heart of Genova as far as Piazza De Ferrari and, after more than one hundred special stages (six of which are medium), they will tackle the tricky bends of Passo del Turchino,  Passo del Faiallo, Colle d’Oggia and Melogno, before stopping for a light lunch at the prestigious Yacht Club in Marina di Loano.

The race will see the sporting part come to an end in Sanremo, the famous City of Flowers, ready to crown, as it does every year, the winners of the Historical Re-enactment that bears its name.

In its XIII edition, the Lady of the Races is not only a sporting competition, but a real all-round experience, aimed at enhancing the territory and its wealth. In this way, what has always been an evocative backdrop to the race becomes a protagonist thanks to the partners who support it: Cuvage, Italian excellence in classic method sparkling wine and official supplier of the event for the beverage sector, and the Consorzio dell’Olio d’Oliva, spokesperson for the gastronomic excellence of the territory, a welcome new gift for all crews.

The XIII Rievocazione Storica boasts illustrious partners: Urban Up | Unipol, the project dedicated to the enhancement of the real estate assets of the Unipol Group, and Mercedes-Benz, as institutional partner of the event, through its official dealer Merbag S.p.A. Among the important partners, there is the consolidated collaboration with Cuvage, the Italian excellence of classic method sparkling wine, which will be official supplier of the race for the beverage sector, Marina di Loano S.p.A., which will host one of the most fascinating stages of the route, Tag Heuer – Official Time Keeper, Riva – Brand Experience Santa Margherita Ligure, Milano Verticale| UNA Esperienze, exclusive location of the opening evening.

The prestigious event is the second round of the ACI Sport Italian Major Events Championship, which also includes the Coppa delle Alpi, the Coppa d’Oro delle Dolomiti, the Gran Premio Nuvolari and the Targa Florio Classica.

For further information you may contact the Organization of Equipe Grand Prix: