XIII COPPA MILANO-SANREMO: THE NEW EDITION CELEBRATES THE CENTENARY OF THE MONZA CIRCUIT 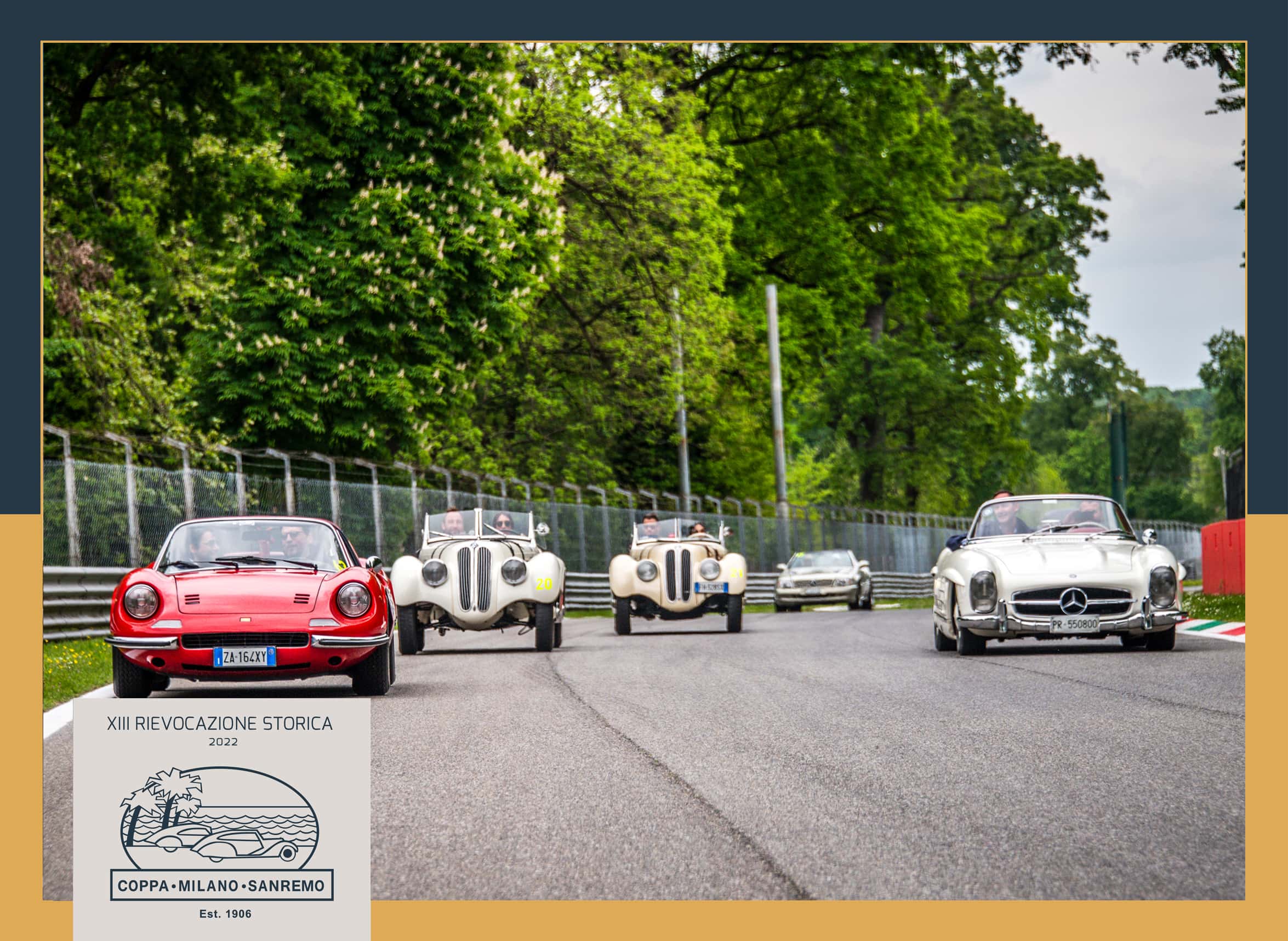 XIII COPPA MILANO-SANREMO: THE NEW EDITION CELEBRATES THE CENTENARY OF THE MONZA CIRCUIT

Only two months separate us from the return of glamour, style, engines and breathtaking landscapes of the legendary Coppa Milano-Sanremo: the most charming and emblazoned competition in Italy. Now in its 13th Historical Re-enactment, the “Lady of the races” heats up the engines for an edition full of unmissable news that will be held from March 31 to April 2, 2022, reconfirming its leading role in the Italian Championship Great Events 2022 of ACI Storico, reserved for the most important classic regularity races.

Also this year there will be competition and spectacularity, confirming the Coppa Milano-Sanremo as an unforgettable occasion of entertainment with a unique and exclusive charm for Italian and foreign crews, both male and female.

The Coppa Milano-Sanremo, for the first time, will officially start on Thursday 31 March at the Autodromo Nazionale di Monza, a place of worship of motorsport. Here the event, on the occasion of the 100 years of the Autodromo, will pay homage to the legendary Temple of Speed with an exclusive experience for participants. In fact, in addition to the traditional technical and sporting checks and the always exciting free laps on the track, the classic enthusiasts will have the opportunity to test themselves in 11 new special stages on the iconic track that will also include the ancient and legendary elevated roads and some parts used exclusively in the recent race of the ACI Rally Monza, final round of the FIA World Rally Championship.
Three days of actual competition, during which the crews will challenge each other in over one hundred special stages, making the race even more exciting and captivating from a sporting point of view.
In the afternoon, the inaugural parade of cars will leave for Milan, to be then presented in front of the historic headquarters of AC Milan in Corso Venezia, in the heart of the city.

At the first light of Friday, April 1st, the crews will start from Milan, encountering intense trials and breathtaking landscapes along the exciting route of over 700 kilometers. The backdrop to the first stage of the race is the splendid natural scenery that winds its way inland between Piedmont and Liguria and that will accompany the crews to the intermediate stage of Rapallo, before concluding with the unmissable défilé in the fascinating setting of the Marina di Portofino.

On Saturday, April 2, the crews will be the protagonists of the last challenges that from the heart of the city of Genoa will lead them, after more than one hundred special stages (including six medium), along the passes of Turchino, Faiallo and Melogno with the conclusion of the sporting part, as usual, in the City of Flowers. In order to guarantee the competition a unique experience of international scope, the Coppa Milano-Sanremo will then move to the Principality of Monaco, in the spaces of the prestigious Fairmont Hotel, for the exclusive gala dinner and the final awards ceremony. A conclusion that creates a virtual twinning between the Autodromo di Monza and the Principality of Monaco, as a tribute to two iconic places of international motorsport.

Tradition, competition, elegance and savoir faire: the elements that, in a perfect blend, have made the Coppa Milano-Sanremo since 1906 an unmissable event of timeless charm for gentlemen drivers and figures of the international jet set.

ADMITTED CARS
Cars built between 1906 and 1976 will be admitted if they have a F.I.V.A. passport, a F.I.A. Heritage sticker, an A.S.I. homologation, an A.C.I. Sport sticker or if they belong to a brand register.

For further information you can contact the organizing secretary of Equipe Grand Prix:
race.office@milano-sanremo.it